With his paintings Franciscus wants to caress the retina first. When he then gets the attention, he hopes that the stratification of his work intellectually challenges, amazes and moves the audience. He tries to contribute to the discourse on topics such as racism, discrimination and the dystopical changes of our climate, by connecting history and the present, using art history as a universal visual language. He is a firm believer that the knowledge of our history will contribute to a better world. The goal is to cultivate understanding for different ways of life, and to realise that we need to take care of each other, and of our vulnerable earth.

European Medieval and Renaissance art is an important source of inspiration for his work. Biblical and mythological stories and iconography often form the basis. Consciously he is standing on the shoulders of old masters, but also gets inspired by celebrities from the twentieth and twenty-first centuries such as Otto Dix, Diego Riviera and John Currin. In the scenes he bridges and combines centuries of art and different cultures. People of today are situated in the tradition of the past, but the reverse also occurs in works that provide the past with contemporary frameworks. He puts a good deal of eclecticism into his artworks and use anachronisms. He combines this with a recognisable stylisation. The figures that he creates allow him to regularly let them return as different characters; as if they were actors. They populate the stories that tell his work. As a 'director' he therefore has the reins in his own hands. This is his way of allowing the viewer to reflect on past and present, and to get acquainted with his worldview and life vision.


Studies for paintings are made by making rough digital montages of images of old masterpieces, homemade photographs and all kinds of images found. He often makes sketches on paper. He manually enlarges these studies on canvas, refines them with painting and adds details. He first draws charcoal on the canvas, then produces detailed grisailles as under-paintings, and finishes the painting with many glazing layers of colour. He often starts with a small work and then makes larger and larger versions. The large versions get more detail as he adjusts the colour, the postures of the figures, and the backgrounds of the chosen format.

During an internship in 1984/85 in Berlin, Franciscus found his love for old masters. At a time when wild expressionists and post-modernists were rampant, Franciscus deepened himself against all trends in classical painting techniques. His previously comic-like paintings lost their black contours, and figures got depth through the layering of the painterly techniques taught by himself. The first adaptations, of among others Rubens and Caravaggio, also arose, and as a result biblical and mythological stories made their appearance. In the 90’s Franciscus painted the series called 'Invisibles', in which all human figures were omitted, creating a surreal commentary on contemporary spirituality. Christianity and other religious beliefs were often criticised by Franciscus in a humorous way.

For a large retrospective in the Museum Catharijne Convent in Utrecht, Franciscus was asked to choose one of the paintings from the collection for a new work. This became the adaption of 'De Doornenkroning' by the Utrecht neo-caravaggist Dirk van Baburen. This resulted in a work called 'Decoronation, an Allegory on Violence' and has been included in the collection of the Centraal Museum in Utrecht in 2012 after years of touring. In the painting we see a transvestite being molested by a Mediterranean-looking posse. Here, more than ever, Franciscus gave a stage to minorities. Between 2006 and 2009 the eclectic and monumental seven-panel 'Seven Works of Mercy' were created. This series was originally a commission for the seven European offices of a fundraising company for charities. In 2008 this company collapsed due to the crisis, but Franciscus finished the paintings as autonomous work. A monograph has been created around these seven paintings. They have been part of many exhibitions. Meanwhile, the works have found their way into collections around the world. Franciscus was commissioned to make copies in all sizes of these ‘Works of Mercy’. The images have also been given a place in murals on the walls of the rooms in New York’s, Ye Olde Carlton Arms Hotel. 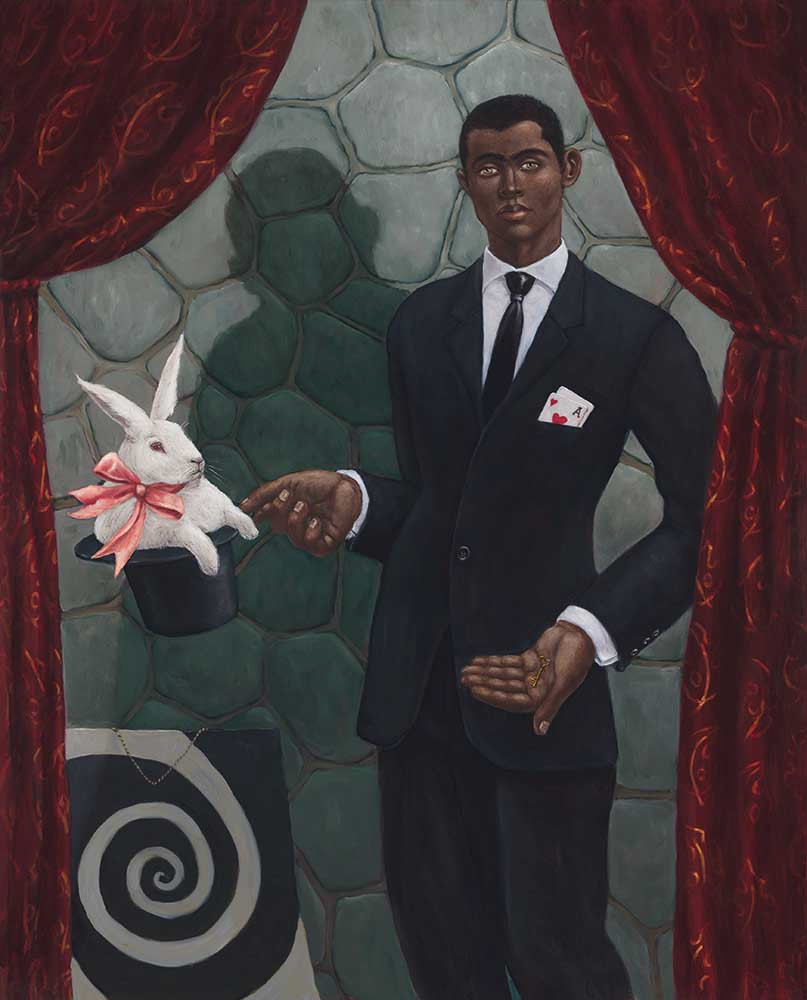 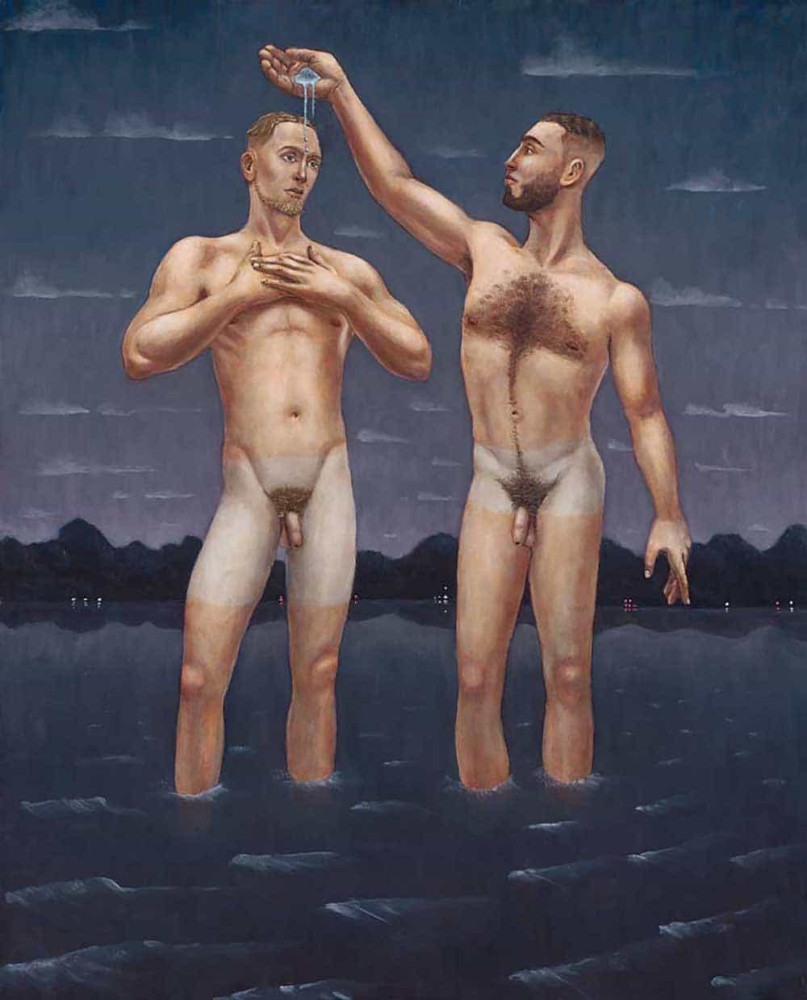 In these years Franciscus focused a lot on painted portraits. These portraits were strongly influenced by Flemish painter Hans Memling (Selighenstad 1430 - Bruges 1494). The surreal atmosphere of his famous portraits against meticulous landscapes intrigued him. It inspired him to make a series. In his autonomous portraits both existing people and fantasy figures are depicted. He often uses archetypes as a starting point. The depicted persons are not only portrayed, but sometimes change in contemporary variations of the historical figures depicted by Memling. By working with photography and with digital settings, the painted portraits get invigorated. There are recurring paintings in which the same figures in a sequence are repeated with a continuous background.

For a solo expo Franciscus was asked to show a completely different side of himself. With ink on paper he made a series of 'quick' and direct drawings with Romanticism as the main source of inspiration (see Drawing). This was a big contrast from his paintings, as his paintings are built up in many layers and are therefore very time-consuming to make. It gave him the idea to also make paintings in mere grey tones. As one uses the glazing colour layers over ones grisailles to obtain contrast and depth, grayscale in a painting of black and white has to be coordinated much more sophisticatedly, so that figures remain separate from the background and from each other. It is comparable to minutely printing a photo in a dark room so that all parts are in balance with each other. Paintings in colour and black and white that are exhibited together reinforce each other. They illuminate Franciscus’ 'stories'; each in their own way complement each other and thus enrich the entire oeuvre.